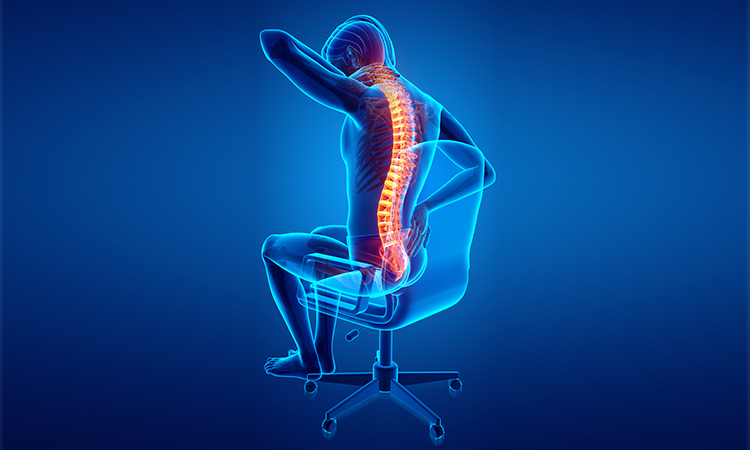 All about Ankylosing Spondylitis

Ankylosing spondylitis is an inflammatory disease or a type of arthritis that primarily affects the spine or back, over time, can cause some of the vertebrae in your spine to fuse. If ribs are affected, it can be difficult to breathe deeply. The fusing of the spinal vertebrae which is also known a “Bamboo Spine” , makes the spine less flexible and can result in a forward hunch posture. Ankylosing spondylitis affects men more often than women. Signs and symptoms typically begin in early adulthood. Inflammation also can occur in other parts of your body, most commonly, your eyes.

The cause of ankylosing spondylitis is unknown, but genes and heredity play an important role.

Some studies suggest that Ankylosing Spondylitis may be triggered by an infection. In particular, people who have a gene called HLA-B27 are at increased risk of developing ankylosing spondylitis. However, only some people with the gene develop the condition.

The area’s most commonly affected in Ankylosing Spondylitis are:

The most common symptoms of Ankylosing Spondylitis are:

How to diagnose Ankylosing Spondylitis?

For the diagnosis of ankylosing spondylitis the doctor generally rely on medical history, physical examination of joints and spine, imaging tests of the pelvis and also blood tests to check for the HLA-B27 gene.

It is universally known that Ankylosing spondylitis is not curable but with the help of gentle medicines like homoeopathy, the disease progress can be slowed down.

Conventional medicines include Analgesics, Nonsteroidal Anti-inflammatory Drugs (NSAIDs), Disease-modifying Anti-rheumatic Drugs (DMARDs) and Corticosteroids. If none of them work then the last option is Surgery but still the pathology keeps progressing with other joints of the body. None of them would give long-term relief to the patient.

Homoeopathy helps naturally by stimulating the immune system and helps to slow down the progress of the disease.

Homoeopathic remedies work by stimulating the body’s own healing capacity.

Homeopathy is free from any side-effects.

Homoeopathic medicines help to reduce stress if any and rebuild self-confidence because it deals with the patient as a person and not only the disease.

Conventional medicines could lead to more exhaustion or tiredness but with homoeopathy there is no such side-effect.

Homoeopathic medicines are not addictive and do not damage any other organs of the body unlike conventional medicines.

Self Management of Ankylosing Spondylitis