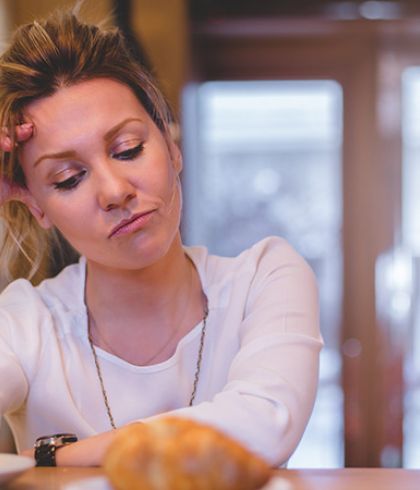 When most people of a migraine, they think of a severe headache. But not all migraines cause head pain. In some people, migraines cause spinning dizziness (vertigo), dizziness, or unsteadiness. This is called migraine-associated dizziness. Migraine treatment associated with dizziness is best if a combination of medication, therapy, and lifestyle changes is used. Finding out the right causes or triggers can help control attacks. Stress, poor sleeping patterns, hormone changes, neck pain, smoking, and even weather changes have been shown to trigger migraine symptoms. Some migraine sufferers are sensitive to specific foods and are able to reduce their symptoms by avoiding those foods.

So, how do you find out which foods might trigger your migraine symptoms? Eliminating all the foods that might cause symptoms of migraine from the diet can be difficult. An easier way to look at food triggers is to keep a detailed log of everything you eat and note when a migraine or dizziness attack happens. Look closely at the foods eaten within 24 hours of the attack. Some food triggers cause symptoms immediately; others will delay symptoms until the next day. With either approach, eating regularly and drinking enough fluids throughout the day can help reduce symptoms.

In general, the foods triggering symptoms of migraine fall into two main categories: 1) by products of food aging and 2) foods with chemicals similar to the neurotransmitters that our brains use. Byproducts of food aging are found in fermented products like red wine, aged cheeses, and yeast in fresh bread and yogurt. Foods with chemicals similar to our own neurotransmitters that may aggravate migraine are coffee, chocolate, MSG, and the nitrates used as preservatives in many of our prepackaged foods.

Many real food triggers may not cause migraine alone, but only in combination with other partial triggers, which together may provoke an attack of migraine headache or symptoms. For example, some migraine sufferers can eat chocolate or drink red wine alone with no problem, but will suffer a migraine attack if chocolate and red wines are taken together.

The list of foods, beverages, and additives thought to trigger or exacerbate migraine symptoms in some people includes:

Published surveys have found that the most commonly reported food triggers are cheese, chocolate, alcohol, bananas, and citrus fruit. In a survey of 429 people with migraine, 16.5% reported migraines triggered by cheese or chocolate, 28.4% reported sensitivity to all alcoholic drinks, 11.8% were sensitive to red but not white wine, and 28% were sensitive to beer.

Hence, we generally recommend an initial dietary trial that avoids only the most common migraine triggers. If good results are not achieved within a few weeks, a comprehensive diet which eliminates all potential migraine triggers is recommended. It may take 6-10 weeks for a patient suffering from severe and debilitating migraine symptoms to respond, but most do. After an improvement in migraine symptoms is achieved, suspected foods can be added to the diet – but slowly, and one at a time, to see whether they are an important triggers for that patient. Despite the difficulty of this kind of a trial, we have found that even the most severely affected migraine sufferers tend to respond and are generously rewarded for their efforts.

All thanks to homeopathy migraine treatment. Homeopathic medicine for migraine work wonderfully in both acute as well as chronic migraine attacks. Migraines with or without aura responds well to the treatment for migraine in homeopathy.

In all types of acute and chronic illnesses, homeopathy applies the concept of individualisation, which means that even if two people are suffering from the same type of migraine, a homeopathic doctor will study the whole case history of each of the patients — their exact nature of symptoms, temperament, feelings, likes and dislikes — and then suggest a remedy suitable for each of them to ascertain deep-rooted and permanent cures.